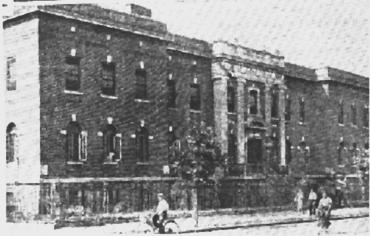 *More information can be found under the "About" menu or by clicking here for History or Population of the PJCH.

April 16, 1923 - Pride of Judea Orphan Home officially opened with about 75 infants and children under six years old. During next decade the minimum admission age was gradually raised to 5 ½.

1925 -  P.S. 202 began operations and it would be the elementary school for almost all the Pride’s children.

1933 - Name was changed to the Pride of Judea Children’s Home.

August 8, 1933 - During a day trip to Rockaway Beach seven boys lost their lives. The tragic event was front page story in most of the New York City newspapers.

1935 - Earliest known b’nai mitzvah took place at the Pride. It would continue to be a “boys only” annual event until 1948.

1938 - Max Blumberg, a founder and early president of the Pride of Judea, died and was succeeded by Jacob H. Cohen.

1959 - The few remaining residents were placed in foster care and the Pride of Judea Children's Home ceased to exist.

1972 - the Center relocated to Douglaston, Queens

1985 - PJCH alumni organization was named in memory of Rose Nadler Schefer, a 16-year resident who had proposed its formation. Stan Friedland, president for more than two dozen years, orchestrated annual picnics and Hanukkah parties and the publication of a quarterly newsletter.

1998 - Stan Friedland and fellow alum Phil Craft coauthored An Orphan Has Many Parents, an anecdotal account of the Pride. The book’s publication attracted new alumni members which, at its peak, had over 200 residing in 10 states.

1999 - Pride of Judea Mental Health Center became a division of the Jewish Board of Family and Children’s Services.

2021 - Alumni organization disbanded but, thanks in part to cell phones and emails, a number of members in several states retain their lifelong friendships.

After nearly a full century, with name, purpose and location changes, there is continues to be a “Pride of Judea" ...in practice and in spirit.


Address comments to: pjch992 AT bellsouth.net